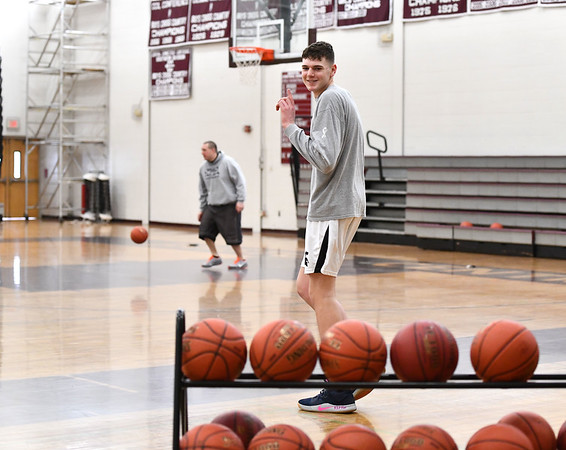 In three seasons with the Rams, the 7-foot-1, 265-pound center has put up 1,421 points and 1,002 rebounds and is the No. 44 overall ranked prospect and the seventh-ranked center in his class, according to ESPN.

“At 7-foot-1, Clingan possesses outstanding court vision and a willingness to pass from anywhere on the floor,” Paul Biancardi, ESPN National Recruiting Director, said. “His shooting touch is soft, both facing the basket and in the low post. Defensively, he is steady at protecting the rim. His unselfishness is one of his greatest traits, as he finds the open man quickly and accurately.”

Clingan counts as the first Bristol Central boys basketball player to be selected for the award.

Clingan is now also eligible for the Gatorade National Boys Basketball Player of the Year award, which will be announced later this month.