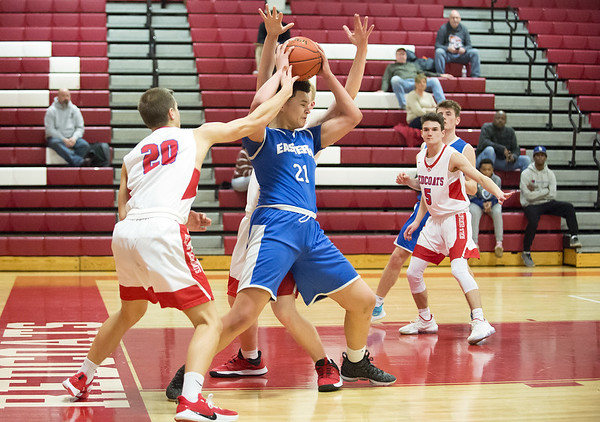 The winter sports season is currently scheduled to begin on Jan. 19, at least for in-person practices. With a minimum of 10 practice days needed before regular seasons could begin, it’s safe to assume the earliest we could see high school sports resuming is roughly Feb. 2, a full 330 days since winter sports were last played.

The Connecticut Interscholastic Athletic Conference canceled the remainder of winter state tournaments back on March 10 of last year, meaning it has been nearly a full calendar year since a winter sport was played in the state of Connecticut. For coaches that lived through that cancellation and are now hoping a second one doesn’t follow nearly a year later, the experience has been surreal, to say the least.

“Not in my wildest dreams,” Berlin boys basketball head coach Mike Veneziano said when asked if he saw this season being in danger back when the rest of the 2019-20 season was called off. “I thought it would be maybe a couple weeks. To be honest, I didn't take it as seriously as I should have back in March, but that was just me being foolish.”

It’s certainly discouraging to consider how long the coronavirus pandemic has lasted, and its impact on the high school sports scene in Connecticut, especially for a coach like Bunty Ray, who saw his baseball season at Bristol Central get canceled, his boys soccer season at Bristol Eastern get delayed and then disrupted, and is now waiting for the green light to begin his boys basketball season at Eastern. But for Ray, the thought of high school sports struggling to return to normal even a full year later wasn’t too farfetched.

“If you look at the trends and the way patterns are, and the way school systems have to adhere to safety guidelines, the writing was on the wall,” Ray said. “I was surprised we even got a soccer season to be honest. Even though it was disrupted, it was a pleasant surprise.

“I saw this coming. If you listened to the scientists, you knew there would be another uptick. We got a little lax by the end of summer, and if you look at the conditions, this was a possibility.”

Ray spent his spring waiting for the verdict on the baseball season, which after numerous delays, resulted in the cancellation of the entire season. Now, nearly a year later, athletes and coaches have been forced to wait once again while the state tried to get its covid numbers back down to a safer level that was seen over the summer and in the fall, when low- and moderate-risk sports were played under the forum of a shortened season with regionalized competition.

“I just tell them to be ready,” Ray said of his players. “But we don’t talk much about what’s going to happen. We just see how they’re doing. They’re going to have to find a gym on their own. That’s what’s different from the fall. We were at least able to do some conditioning. It’s kind of sitting and waiting again.”

Ray may have anticipated an extended experience of hurdles when it came to bringing high school sports back, but those like Veneziano still can’t believe how much time has passed, and how little things have changed. Put Plainville indoor track coach Tim Shea in that category as well.

“I really thought everyone would have been back in school by May,” Shea said of his thinking back in March. “Boy, was I wrong.”

Regardless of coaches’ mindsets when winter sports were first canceled, all have continued to hold out as much hope as possible that some form of a winter season will be held in 2021, and that the calendar won’t reach a full year since winter sports were last played.

“There was definitely the possibility,” Newington girls basketball head coach Marc Tancredi said of the long hiatus. “I didn’t know it would necessarily be to this extent. We were hopeful for our regular start date, especially when they moved it up a week before Thanksgiving, but we’re just trying to stay hopeful that there will be a season. I think the CIAC is going to do whatever it can to try and make sure we have one.”