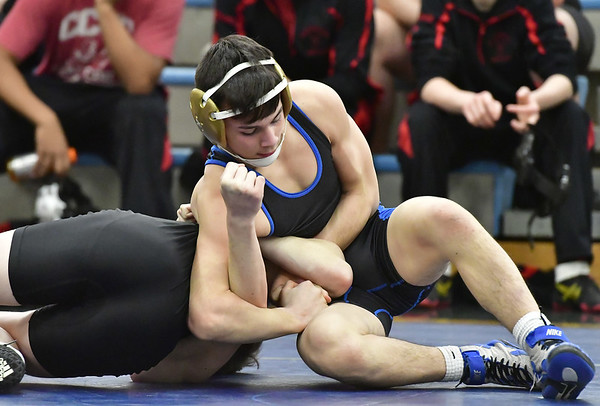 With wrestling season beginning, the Bristol-area teams buckle down for another year on the mat.

Bristol Eastern enters the 2019-20 campaign as the three-time reigning champion of Class L and will look to continue its dominance, while other teams are looking to improve on shaky campaigns from last year.

With four teams all at different stages in building a program and plenty of talent to go around, this year should feature competitive wrestling from all over Bristol.

Outlook: After winning their third-consecutive Class L championship in 2018-19, the Lancers return this year sans a pair of individual champions and a large, experienced team ready to send off its seniors as four-time champs.

Highlighted by Tommy Nichols, who won the state championship at 145 pounds last year, the 2019-20 Lancers are poised to be a force in a competitive Central Connecticut Conference.

Outlook: With only three seniors graduating off the Rams’ roster from last year, this season’s team is full of experience coming off of a strong season. Central has five returning wrestlers who placed at the 2019 Class L tournament, including 113-pound runner-up Jake Aldi.

Wrestling in the challenging CCC South, the Rams will be tested almost every time they get on the mat. Expect Central to have another strong season, with more success when tournament time rolls around.

Outlook: Coming off a difficult year in the competitive Naugatuck Valley League, the Falcons enter this year with a nine-person roster. They will be bringing back junior Ben Foligno, who took second place in the Class S tournament for 220 pounds.

Head coach Ed DeSimas said the surrounding programs have very talented wrestlers and much bigger teams than he does, so it will be hard for St. Paul to overcome some of the obstacles in front of it.

Outlook: With only one graduating senior from last year, expect to see an improved Kangaroos team in head coach Joe Faitak’s second year with the program.

Caleb Leclerc’s second place finish at 145 pounds for Class S was the only top-six finish for Terryville at the state tournament, but with all the wrestlers coming back with experience from last year, this team could greatly improve upon its 18th place finish from last year.