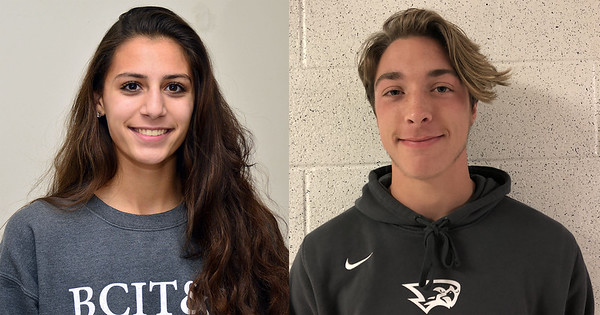 Malick, an all-conference and All-Press pick the past three years as a left-midfielder/striker, is the daughter of Shahid and Vicki Malick. Her hat trick took place a week ago Monday, a 9-0 win over Platt, and she has 14 goals on the season coming into this week.

Malick’s coach, Ginny Godbout, had only nice things to say about her both before and since  she was selected All-Press in 2017. She was the mainstay returning to the team from last year and has been described as “a force to be recognized with.”

Malick has scored a career high 14 goals this season thus far, five or six of those in the last week alone. She also had about three or four assists last week as well, Godbout said.

“Adalia has been an invaluable member of the team. We rely heavily on her to get things started for us,” she said. “Teams will often double if not triple team her in an effort to shut her down. Adalia always finds a way to help the team even when this is the case. She has definitely been a true leader both on and off the field this year, and she has helped the younger players in so many ways. She is a true asset to Bristol Central soccer.”

“We started out a little shaky, but every game we’ve played from the beginning we’ve gotten back.” Malick said. “We haven’t won as many games as we wanted, but there are games we could have and should have won, because we’ve been playing good.”

And the team goal this year?

“Right now it’s to win the last few games we have, so we can get into the tournament,” Malick said. “And, I think we can win, too. If we can capitalize on the way we’re playing, then we should definitely win.”

Malick began playing soccer at the age of five through the Bristol Soccer Club.

“I just like that it comes naturally when I’m playing and it takes away stress,” Malick said. “And it’s the team aspect and being able to have a close group of friends.”

She said it wasn’t all about wins and losses.

“I would say not to think about winning and all of that,” Malick said. “Just play with everything you have and you’ll be successful that way.”

Her plans for next year include playing soccer at the college level, while studying something in the field of science.

Van Linter, a forward and the son of Frank and Tammy Van Linter, tallied his three goals a week ago Saturday when the Falcons placed a 3-1 loss on Naugatuck in Bristol. The victory was considered a huge one in beating a perennial league powerhouse and it improved the Falcons’ record this season to 8-1-2.

“Adam Van Linter is a great soccer player,” coach Victor Lira said. “We have a lot of talent on the team and Adam is definitely one. He’s very ambitious and hungry to succeed. I have a lot of fun training him and watching him play every game.

“Often it is said that you either have it or you don’t. I can assure you that Adam’s got it. He is extremely passionate about the game and he gives 100 percent every game. He’s fast, explosive, aggressive and can finish a play at any given moment. We’re happy to have him on our team and as one of our captains. I am looking forward to watch Adam and the team play in the NVL and state tournaments this year.”

Last year St. Paul went 4-9-3, but it has definitely turned things around this fall. Van Linter’s key contribution in 2018 has been his team-leading 17 goals coming into this week, Last year, he had 15 on the season.

“We got a new coach, so it was difficult getting the whole team on track,” Van Linter said. “But, we worked really hard and stayed together as a team. Honestly, I didn’t see this (season’s improvement) coming.”

As far as a team goal goes, according to Van Linter, there are many.

Somewhat of a newcomer to the sport, Van Linter took up soccer in the eighth grade at Chippens Hill Middle School.

“I used to play baseball and it wasn’t active enough,” Van Linter said. “I like how you can work as an individual and work as a team, and you are always moving.”

With college in mind for the next school year, Van Linter hopes to play soccer at that level and has applied at the University of Hawaii at Hilo. His thoughts on studies are currently business management and perhaps production.