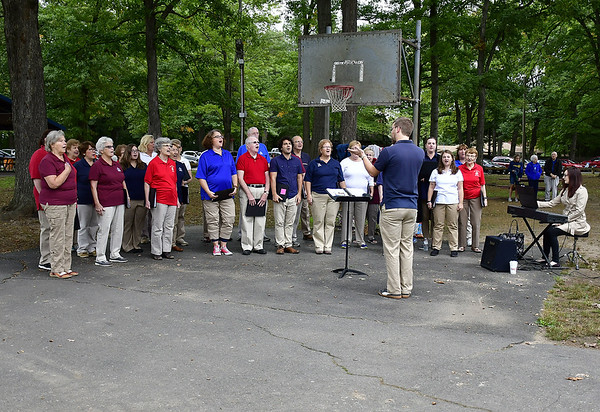 PLAINVILLE - The Plainville Choral Societyâ€™s spring concert, â€śNo Place Like Home,â€ť will be held April 26 and 27 at the Middle School of Plainville.

The performance, under the musical direction of Greg Wilfrid, will be held at 7:30 p.m. on both days at the school at 150 Northwest Drive.

According to Wilfrid, members of the group expressed an interest in performing music from â€śThe Wizard of Oz,â€ť which then â€śbrought the idea of the eternal truth that thereâ€™s no place like home.â€ť

â€śCan you imagine being alive before that became a saying?â€ť said Wilfrid. â€śIt is so heavily woven into human life at this point, and so many songs began sticking out to me when I thought of finding other music for the show. Longing to be home, the joy of returning home, what defines a home, so much music speaks to any of these thoughts.â€ť

Wilfrid said that the program will â€śinspire you to hold close your ideas of homeâ€ť - be it a building one lives in, the people they have surrounded themselves with, the nation their family originated from and more.

â€śThrough the eyes of Paul Simon, The Wiz or Dorothy herself, we will revisit some of our favorite music together in this spring production,â€ť said Wilfrid.

Kelly Sharp of the Greater Hartford Academy of the Arts will be performing with a group of approximately 40 members from Plainville, Bristol, Southington, Farmington, West Hartford and other area towns. Chris Kuzia from the YWCA in New Britain will be providing her choreography talents.

Advance tickets are $15 for adults and $5 for children. Tickets purchased at the door will be $18.

Tickets can be bought from any Plainville Choral Society members, or at Dancingly Yours, the Plainville Senior Center, Saintâ€™s Restaurant in Southington and Family Barber Shop.

Tickets can also be bought online at pcsmusic.net.