Exhibition at Plainville Senior Center to feature a world of photography 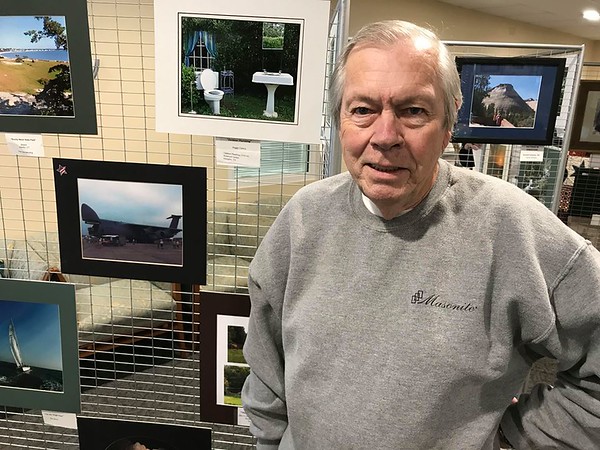 Brian Johnson Staff Mike Hall took photos of the air show at Westover in 2008 for the photography exhibit at the Plainville Senior Center. Buy this photo

Brian M. Johnson | Staff Some of the photos taken by members of the Snappy Seniors that will be on display at the Plainville Senior Center through the end of October. Buy this photo 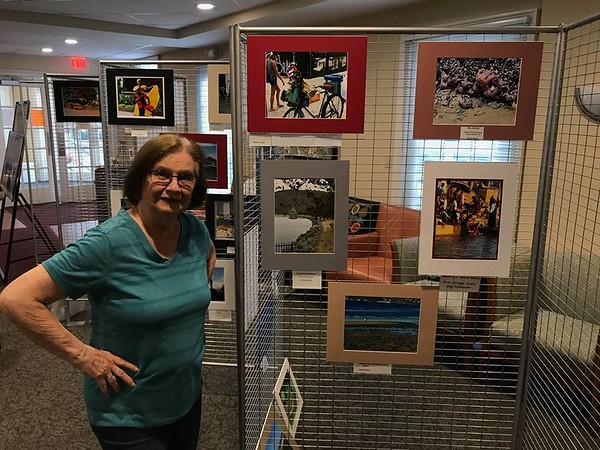 Brian M. Johnson | Staff Pat Glendenning and some of her photos on display at the Plainville Senior Center. Buy this photo

Brian M. Johnson | Staff Judy Humphrey with her photograph of a rose that was featured in Art of Exposure magazine. Buy this photo

PLAINVILLE - The Snappy Seniors photography club at the Plainville Senior Center will be unveiling its latest exhibit today, featuring pictures taken around the world.

The exhibit, “Oh, the Places We’ve Been,” will be unveiled at an opening reception from 11 to noon at the senior center, 200 East St.

The exhibit, which will remain on display throughout the month, features the photos of 20 to 30 local seniors who frequent to the center.

Shawn Cohen, director of the senior center, said that the exhibit features some “amazing professional photographs,” some of which have won awards at statewide competitions.

The Snappy Seniors club, she noted, has had exhibits at the Apple Valley Rehab Center, Central Connecticut State University and other locations.

“It’s quite amazing what they are able to do as a group,” she said. “They’re so talented. Each exhibit they do has a different theme, whether it is water, the fall foliage of veterans. Their veterans exhibit was featured at CCSU for Veterans Day.”

Photos included in the display come from such places as close as the reservoir at Barkhamsted to as far off as the Ganges River in India.

Mike Hall, a member of the Snappy Seniors, chose to feature pictures he took of an air show at Westover Air Force Base in Massachusetts in 2008. He served in the Air Force from 1966 to 1970 during the Vietnam War.

“I’ve been with the Snappy Seniors group for four years,” said Hall. “I like the people and I like the trips that we take.”

“I was told at the time that if I have a talent I should share it,” she said. “Photography has been a constant in my life. I like being able to capture a moment in time in a different way that anybody else does. If 20 people take a photo of the same thing at the same time, no two will be a like. It depends on the lighting, the framing, the angles and what type of camera that they use.”

Humphrey began to offer four-week classes for the other seniors, which Cohen said filled up each week.

“The first week was a lecture on how to set up a good shot,” said Humphrey. “The next three weeks, we would go out into the field and take pictures. Then, we would come back and critique them. I have noticed a lot of improvement since we started.”

Humphrey said that she had her photography featured this year in Art of Exposure, a magazine which showcases the work of photographers 70 years of age and over.

Her piece, which was shown on the February month of this year’s calendar, is a close-up of a rose from the Rose Garden in Portland, Oregon. It was titled “Imperfect Perfection.”

The Snappy Seniors meet on the third Thursday of each month at 10: 15 a.m. at the Plainville Public Library at 56 E. Main St.